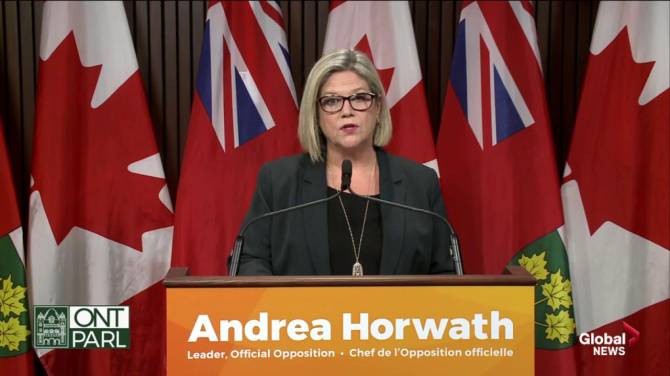 TORONTO – The Ontario government stands by the decision to name Premier Doug Ford‘s family friend as head of the provincial police force and disputes the contents of a letter calling for the provincial ombudsman to investigate the matter, the minister in charge of law enforcement said Wednesday.

Sylvia Jones, minister of community safety and correctional services, defended both the appointment of Toronto Police Supt. Ron Taverner as commissioner of the Ontario Provincial Police and the process that led to it.

Taverner’s appointment has come under increasing attack since he was named to the top job last month, with the latest criticism coming from the man currently heading up the force.

Acting OPP Commissioner Brad Blair has sent a letter to ombudsman Paul Dube asking him to probe Taverner’s hiring, saying officers with the force have raised concerns that the process was unfair and the independence of the force may be called into question.

Blair suggests delaying Taverner’s installation as commissioner on Monday until a review can be completed.

Jones said the government fully disputed the contents of the letter.

“We are not going to comment on Mr. Blair’s motivations for using the office he holds to raise these issues,” she said in a statement. “The government stands by the process leading to the appointment of Mr. Taverner.”

Jones also said the government would respect any decision the ombudsman makes around opening an investigation and would co-operate if a review gets underway.

Days after naming Taverner as the new commissioner, the Ford government admitted it lowered the requirements for the position to attract a wider range of candidates for the job.

VIDEO: Doug Ford says he had no role in appointment of new OPP commissioner 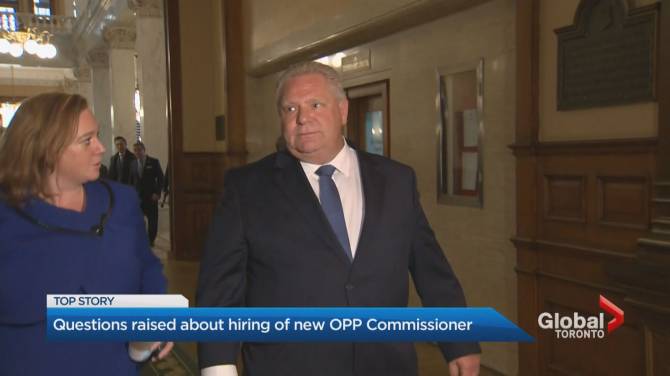 He said Taverner’s hiring process “remains enveloped in questions of political interference” and should be addressed by impartial review.

“I have a moral and legal obligation to ensure that the OPP remains independent,” Blair writes. “To have this new command assumed without addressing this matter will cause dysfunction in the service and undermine the command.”

Last week, the Ford government maintained that Taverner was appointed according to his own merits, a claim Jones reiterated on Wednesday while stressing his five decades of service with Toronto police.

Ford has also repeatedly stressed his long relationship with Taverner was not a factor in the decision.