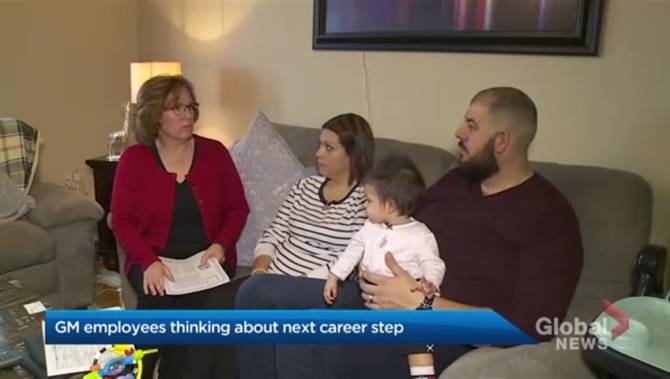 OSHAWA, Ont. – General Motors of Canada says it’s working with other employers to identify jobs and targeted training programs for GM employees affected by the closure of the Oshawa Assembly plant next year.

It says several employers have identified about 2,000 jobs that will become open in Durham region in 2019 and 2020.

In addition, General Motors has identified 300 openings for auto technicians at GM dealerships in Ontario and 100 jobs that will be open at other GM facilities in Ontario.

GM Canada says Durham College will also establish a confidential internet portal in the new year to help auto workers identify job openings and begin plans for appropriate retraining at one of several schools in the area.

The city of Oshawa and surrounding areas east of Toronto were shocked last month when the highly rated Oshawa Assembly plant was included as one of five North American GM plants expected to close next year.

Unifor national president Jerry Dias has said the union would fight against the Oshawa closure but GM says it wants a smooth transition for about 3,000 unionized and salaried employees – including potential retirement for half of them.