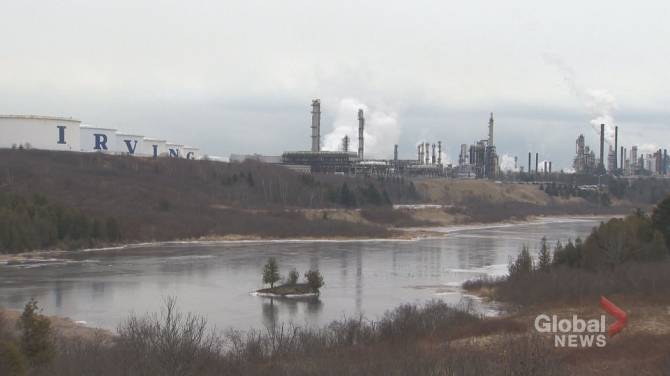 A group representing 20 industry groups of varying sizes in New Brunswick is critical of proposed legislation that would remove a property tax exemption from machinery and equipment used by heavy industry.

“Clearly this is another tax on industry at all levels within New Brunswick and obviously it will hurt,” said Ron Marcolin, the coalition’s chairperson.

Marcolin says his group represents industry of all sizes, which employ about 260,000 people. He says taxing machinery and equipment would do nothing to sustain or create new jobs and would be a competitive disadvantage.

“Because again, we’re being compared to a wide variety of other jurisdictions,” he said. “They are clamouring, quite frankly, for the same jobs we are.”

The bill was introduced in the legislature earlier this week by Saint John Harbour MLA and former city councillor Gerry Lowe, who is unfazed by the criticism.

“It doesn’t bother me a bit,” said Lowe. “I mean they’re just doing their job. That’s what they’re hired to do is to spin and they’re spinning.”

Saint john has the highest tax rate in the province. It’s also a city where heavy industry has a large presence, including the Irving Oil refinery, the largest in Canada.

Lowe feels this legislation could have a dramatic impact on taxes paid by people living in the port city.

“The tax revenue is needed in the province but it’s needed in Saint john desperately,” Lowe said.

“I mean we’re surrounded by industry from one end to another and … I don’t think this has been brought up for 60 years.”

The employers’ coalition is balking at the suggestion property taxes would plummet.

“I haven’t seen in recent memory taxes go down specifically to what is being suggested, so quite frankly I’m a bit of a skeptic there,” said Marcolin

The proposed legislation has a chance of passing in some way, shape, or form under New Brunswick’s minority government. It has already received verbal support from the Green Party and People’s Alliance.