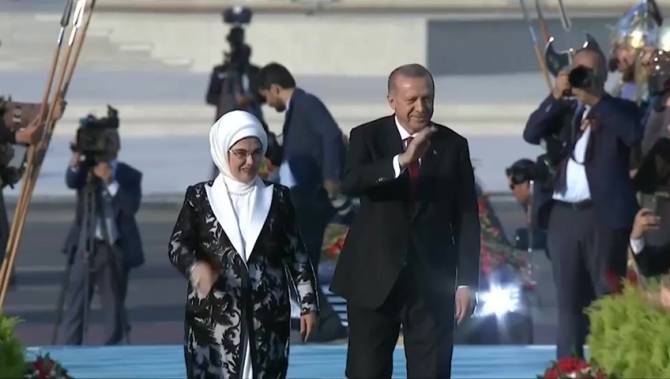 The cost of seeking the truth: Why this Turkish journalist had to flee to Canada – National

Azru Yildiz sits in her small Toronto apartment and contemplates what she’s lost. She can no longer go back to her native Turkey, her marriage collapsed, only one of her two daughters is living with her after years apart and the only job she could get after being a promising journalist back home is working in a kitchen.

It’s a lot, but she sums it up by simply saying, “my identity.”

Yildiz was what she calls an independent journalist in Turkey. She says far too many journalists align themselves with political parties or religious groups. For her, journalism was always about finding the truth.

In 2015, she was one of the first to report on truckloads of weapons being moved unimpeded over the border to radical groups in Syria.

“And the government says there are no weapons in these trucks,” she said in her first interview since arriving in Canada two years ago. “We’re sending food to the Syrian people.”

That, she proved, wasn’t true and the story enraged the government of President Recep Tayyip Erdogan.

“Yeah, they got crazy for this story,” she says. “They got mad, got very angry about the journalists and everyone.”

The next year is when it all changed for her and her fellow journalists. Following an attempted coup on the Erdogan government, officials began targeting media. Erdogan himself repeatedly called journalists “terrorists” and within weeks they closed 150 media outlets as part of the state of emergency that had been called.

The first to be arrested was Yildiz, who was put on trial and convicted of spying and revealing state secrets. She called the trial “drama” and made the tough decision to flee while out on bail.

“I lived for five months underground in one room,” she says.

She eventually had to make a choice. Stay, and face an open-ended jail sentence and never see her family again. Or run, and hope she could be reunited with her two young daughters.

So she took her passport and walked over the border to Greece, where she spent time in a refugee camp before deciding to seek asylum in Canada.

WATCH BELOW: Turkish president sworn in with sweeping new powers

Yildiz’ story is not unlike many others who worked as journalists in Turkey. In 2017, 262 journalists were imprisoned worldwide, with Turkey being far and away the worst offender. Reporters without Borders ranked it 157th out of 180 countries in its most recent press freedom index.

“I would definitely say Turkey’s one of the most dangerous places to be a journalist right now,” says Carlos Martinez de la Serna of the group Committee to Protect Journalists. “There’s a high risk of being attacked, being harassed, and being put in jail just for doing your job if you’re a journalist in Turkey.”

On the anniversary of the creation of the Universal Declaration of Human Rights, Canadian minister of foreign affairs Chrystia Freeland spoke about the importance of journalism.

WATCH BELOW: Freeland applauds move by TIME naming journalists as heroes of the year 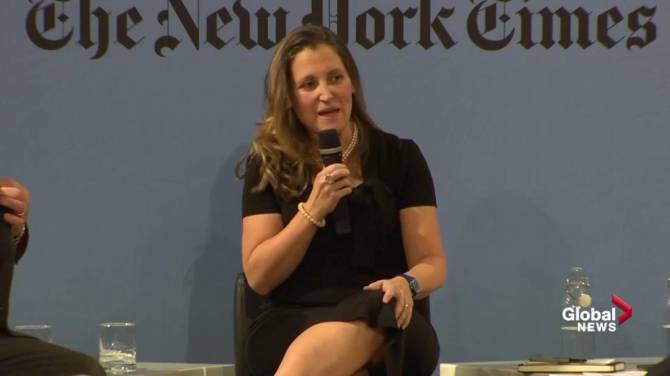 “It keeps us honest,” she said. “It makes us much, much better than we would otherwise be. And I think that we really all of us need to be absolutely mindful of how democracy is not just about having elections. It’s not just about having an objective parliament and elected parliamentarians. Democracy is about a much broader set of institutions, including a vibrant and vocal civil society and very much including journalists.”

Erdogan himself spoke this week of Turkey’s exceptional record regarding human rights, but the facts don’t support his claims. In the runup to elections this past summer in Turkey, the state broadcaster devoted 181 hours to Erdogan, but only 16 hours to his main rival despite being legally obligated to give similar airtime.

And in 2017 he won a referendum giving him the powers of “executive presidency,” which allowed him to abolish the role of prime minister and a parliamentary system of government.

Yildiz doesn’t expect much to change, at least not for the next decade.

“Everybody talks about the problem,” she says. “Focus on the problem. We need a solution. No one gives us the solution!”