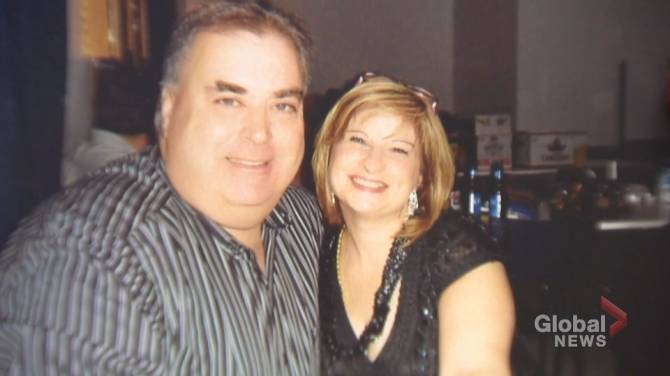 How an American businessman saved hundreds of jobs in Cape Breton

His message to laid off Cape Breton call centre workers is straightforward.

But the Iowa-based businessman’s words resonate like gospel in this hardscrabble region plunged into economic uncertainty earlier this month.

“Things are going to stay the same or get better,” says Anthony Marlowe, a self-made telecommunications mogul who himself started as a telemarketer at 18 and quickly rose through the ranks before breaking out on his own.

“We’ve committed to hiring every employee back plus some,” he says, adding he’ll honour pre-bankruptcy wages and offer retention sign-on bonuses for returning workers.

They’re big promises that have earned the entrepreneur near messianic status on the Nova Scotia island.

“It was an emotional moment,” says Marlowe, who was in the process of buying the call centre. “Although those weren’t our people yet, they were potentially soon to be.”

With more than two decades in the call centre industry, it wasn’t the first round of layoffs to touch Marlowe personally.

“I have some extra sympathy for the workers,” he says, describing the “travesty and devastation” of seeing workers lose their livelihoods after bankruptcy proceedings closed call centres in the U.S. in the early 2000s.

Marlowe grew up in La Grange, Ill., a suburb of Chicago, and moved to Iowa for university in his late teens.

“My brother was there, I was living with him and my mom said, ‘Get a job,”‘ he says.

“I took a job as a telemarketer for a telecommunications company and the next thing I knew I was a skyrocketing up the company and then I wanted to start my own contact centre telemarketing operation.”

The 39-year-old says the Cape Breton call centre will be his ninth operation when it reopens, likely by the first week of January, as the Sydney Call Centre Inc.

“There were a lot of tears, hugs and Christmas spirit,” Marlowe says of a meeting he held at a Sydney legion last week updating workers on plans to reopen the call centre.

“It’s obviously a humbling thing to have someone say, ‘You’re our Christmas miracle,”‘ he says.

“We never really wanted it to be about the company or me performing any miracles. Those workers performed at such a high level with such competency, tenure and aptitude that they deserved a miracle regardless of what holiday it was near.”

Marlowe Companies Inc. (MCI) had expressed interest in the Sydney call centre several weeks before it closed, and was in the process of negotiating a deal.

The closure forced MCI’s leadership to work feverishly behind the scenes to acquire the call centre.

“It was like a melting ice cube at that point,” says Marlowe, chief executive officer of MCI.

The concern was that ServiCom’s clients – such as OnStar Corp., a subsidiary of General Motors, Sirius XM Satellite Radio, AT&T Inc. and Allstate Insurance company – would start to look for new suppliers to provide customer support if the call centre did not reopen quickly.

But he says while it appears ServiCom’s value was in its contracts with big name clients, Marlowe says “those contracts have no value if there are no employees to perform them.”

“Time was absolutely of the essence,” Marlowe says, regarding his desire to retain as many of the 515 or so workers on the payroll when the Sydney call centre closed.

In the end, MCI outbid two other buyers for the assets of ServiCom for $1.5-million during an auction at bankruptcy court in New Haven, Conn., last week.

He says the competing bids “drove up our initial offer by a factor of four.”

“They were successful at attracting other bidders, which wasn’t a surprise to us because when you myopically looked at just the contracts and just the Canadian operation, all of a sudden that became a more appealing value proposition,” Marlowe says.

The Sydney facility is expected to reopen by Jan. 7, although it could open as early as Jan. 2, he says. The company has asked workers to complete paperwork this Friday and Saturday.

“We’re working very hard through the holidays to turn the lights back on.”