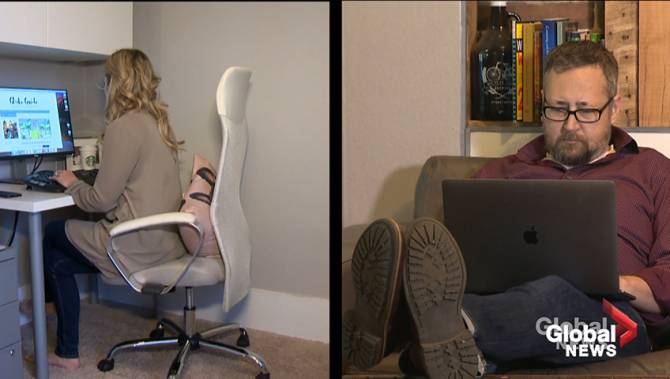 OTTAWA — The federal Liberals want to widen the reach of the country’s job-training programs after senior officials heard warnings that Canada has been spending about half what comparable countries do on efforts to keep their workers employable.


READ MORE:
Reality check: Does Trudeau deserve all the credit for Canada’s economic and job gains?

A presentation to the committee of deputy ministers, delivered in January 2018, warned that the country will be less able to adapt to workforce shifts without a boost in spending.

The Canadian Press obtained documents under the federal access-to-information law at a time when the Liberals have publicly talked about using the 2019 budget — the last before next fall’s federal election — to focus on skills training.

WATCH: How to create your own job

According to the presentation, Canada spent about 0.1 per cent of its economic output on training programs for workers displaced by computers and other shifts in the economy. The average in the Organization for Economic Co-operation and Development, a group of the world’s developed countries, was 0.2 per cent in 2015. Denmark spent 0.6 per cent, with Finland, Austria and France not far behind it.

Canada ranked ahead of only Poland, Australia and Hungary in its share of workers in publicly funded training programs. Many times more people used such programs in Austria, Belgium, Finland and Denmark, the countries at the top.

There is also a suggestion in the documents that skills-training programs need to be better tailored for workers at higher risk of being left behind, such as Indigenous people, newcomers and people with disabilities.

Past Liberal budgets have put billions into job-training programs, which are largely the domain of provincial governments, hoping to get more people into the labour force to reduce poverty and keep the economy growing. Despite that, the 2018 presentation said Canada still lags.

In a year-end interview, Social Development Minister Jean-Yves Duclos said the federal government needs to do more to help cash-strapped provinces pay for training programs and ensure better information-sharing between jurisdictions as technology kills some jobs and creates others.


READ MORE:
Here’s why you still can’t get a job — or a raise — despite record-low unemployment

“We need more money because there is the growing importance of training and retraining, but also we need to be better able to share in Canada what is done in particular regions,” Duclos said.

Canadian economic growth appears to be slowing down after a hot 2017.

Economic growth could hover between 1.5 per cent and 2 per cent over the next few decades, according to projections from the Finance Department and parliamentary budget watchdog, as Canada’s workforce ages and shrinks. More people will likely retire from the workforce than enter it.

WATCH: Staggering number of Albertans are without work and without EI 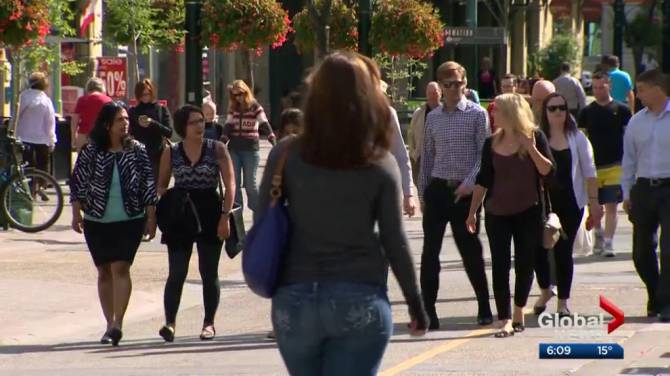 The shift will increase the “importance of technological advances to Canada’s economic future,” says the January presentation to the government’s top civil servants.

Those technological advances are expected to make some jobs obsolete, largely as a result of automation. The percentage of Canadian workers at high risk of being affected by automation over the next two decades varies from 42 per cent to nine per cent, depending on the study.

And federal officials aren’t sure if the disruption in the labour force will create enough jobs to replace the ones that are likely to be lost, which is why the Liberals are taking a close look at what can be done to expand training programs.

Conservative critic Karen Vecchio said the work with provinces and territories should include a view of what’s happening in the school system so students graduate with the skills necessary to take them through multiple jobs.

But retraining might not be for everyone. Prime Minister Justin Trudeau said in a separate interview with The Canadian Press that the Liberals are also looking at ways to bridge the gap between work and retirement for older workers who likely won’t be able to become computer programmers overnight.

“That’s something we’re going to have to look at, and we are looking at — supports for people who are not going to retrain,”  he said.