BRUSSELS — An international trade association says on-the-job slayings of journalists and news media staff rose again in 2018 following an overall decline during the past half-dozen years.

The International Federation of Journalists said in an annual report set for release Monday that 94 journalists and media workers died in targeted killings, bomb attacks and conflict crossfire this year, 12 more than in 2017.

Before the declines seen in five of the past six years, 121 people working for news organizations were slain in 2012. Since the federation started its annual count in 1990, the year with the most work-related killings, 155, was 2006.

The deadliest country for people who work in the news media this year was Afghanistan, where 16 of the killings occurred. Mexico was next, with 11. Yemen had nine media slayings and Syria eight in 2018.

Beyond the tragedy of lives lost, such killings affect the pursuit of truth and sharing of information in communities and countries where they happen, the president of the International Federation of Journalists said.

WATCH: These Canadian journalists lost their lives on the job

“Journalists are targeted because they are witnesses,” the group’s president, Philippe Leruth, told The Associated Press. “And the result of this, when a journalist or many journalists are killed in a country, you see an increase of self-censorship.”

Iraq, where 309 media professionals were killed over the past quarter-century, long topped the federation’s annual list. The federation identified a photojournalist as the one victim in the country this year.


READ MORE:
Time awards ‘Person of the Year’ to journalists including Jamal Khashoggi

While 2018 brought a worldwide increase, the total remained in the double digits for a second year running.

The IFJ connects some 600,000 media professionals from 187 trade unions and associations in more than 140 countries. The group said the new report showed that journalists face dangers apart from the risks of reporting from war zones and covering extremist movements. 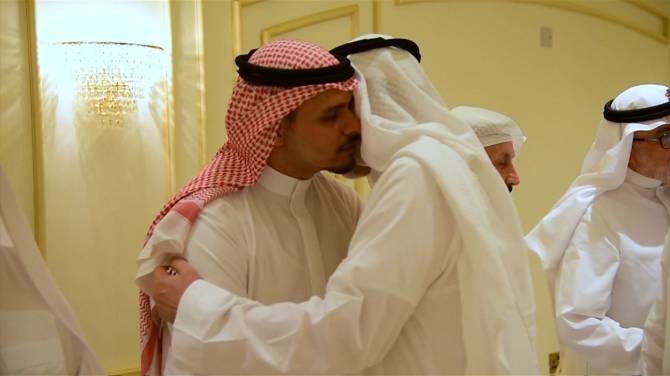 “There were other factors, such as the increasing intolerance to independent reporting, populism, rampant corruption and crime, as well as the breakdown of law and order,” the Brussels-based group said in a statement.

Suddenly high on the list, in sixth place, was the United States with five killings. On June 28, a gunman in Annapolis, Maryland, opened fire in the newsroom of the Capital Gazette newspaper and fatally shot four journalists and a sales associate. The man had threatened the newspaper after losing a defamation lawsuit.

The Oct. 2 slaying of Saudi writer Jamal Khashoggi, a columnist for The Washington Post who lived in self-imposed exile in the United States, had worldwide impact. He went to the Saudi Consulate in Istanbul to formalize a divorce so he could marry his Turkish fiance, but instead was strangled and dismembered there — allegedly by Saudi agents.

Khashoggi wrote critically of Saudi Arabia’s royal regime, and the alleged involvement of Saudi Crown Prince Mohammed bin Salman in the journalist’s slaying has put the governments of other countries under pressure to sever economic and political ties.

“Jamal Khashoggi was a very well-known figure, but you know, the most shocking statistic is that we know that nine of 10 journalist murders remain unpunished in the world,” Leruth said.