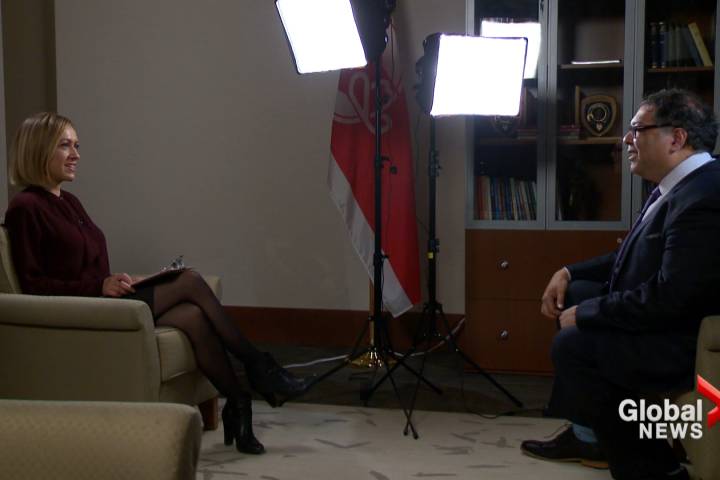 Global’s Dallas Flexhaug sits down with Calgary Mayor Naheed Nenshi for a look back at 2018 and a look ahead to 2019.

Nenshi says the beginning of 2018 was looking promising for Calgary’s economy but that in the last quarter things “took a U-turn” for the worse. He says quality job creation and investing in seven key industries, including the energy industry, are a top priority for him.

He has hope for the oil and gas industry.

“I really do think the Trans Mountain pipeline will get built and I think we will see shovels in the ground over the course of 2019, I think that will make a huge difference.”

Nenshi also looks ahead to the upcoming provincial and federal elections and says he will work to make sure Calgary’s wish list is heard by all parties.

Council infighting also made headlines numerous times in 2018 and Nenshi says it has been a struggle.

“We’ll get there. Every new council has growing pains. The growing pains on this council, shall we say, have lasted longer than in the previous two councils, but ultimately we still get good work done.”

Nenshi also says, all things considered, Calgary is still very fortunate and the city has a lot to look forward to.

“As frustrated as people might be about the economy today, let’s remember that we have built one of the very best places in the world. Other people would kill for the problems we’ve got here and our opportunity that is before us is to use that to build something even better.”