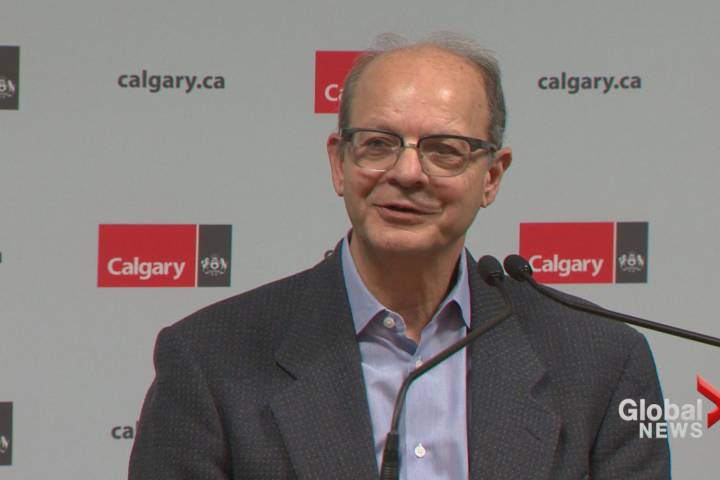 Calgary’s city manager, Jeff Fielding, is leaving his position to take up a new job with the City of Toronto, the City of Calgary announced Tuesday.

Fielding has been Calgary’s city manager since 2014, just before the city started to see the impacts of struggling oil prices and shortly after the devastating flood of 2013.

Mayor Naheed Nenshi thanked Fielding Tuesday for his work in getting the city through tough times since he started.

“Jeff has provided incredible leadership to the organization through challenging times,” Nenshi said. “I am personally very sad to see Jeff go, and wish him the very best in his new role.”

Fielding called the position his dream job, but said he’s moving back to Ontario to be close to his family, who he said have been supportive since he came to work for Calgary.

“It is with great sadness that I’ll be leaving Calgary because I love this city with all my heart,” he said.

Fielding said one of the highlights of his career was seeing Calgary through the flood recovery and then rebound to become one of the fastest-growing cities in North America.

Councillor Ward Sutherland, who was part of the team that hired Fielding, called it a sad day to learn of his leaving.

“Jeff did an exceptional job under very difficult circumstances with the economy changing, and he also spoke his mind which I think is the appropriate thing to do, and at times, council needed to hear it,” Sutherland said.

He went on to say Fielding played a big part in bringing unity to the city.

Fielding said the job in Ontario is a newly-created chief of staff position with the City of Toronto, working with the city manager there.

The city manager is hired by Calgary City Council. Nenshi said a conversation will start Monday to begin the process of finding Fielding’s replacement, which will involve an international search.

The city is also still looking to replace Nenshi’s chief of staff, who resigned in December 2017.