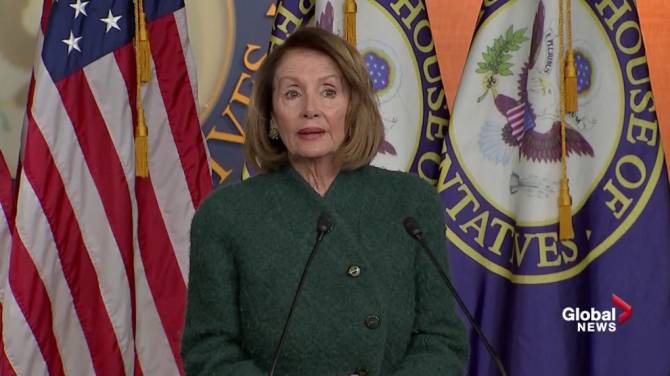 A group representing FBI agents is warning that the partial shutdown of the U.S. government could compromise national security.

On the 20th day of the shutdown, the FBI Agents Association released a petition urging elected officials to fund the Federal Bureau of Investigation and the U.S. Department of Justice.

“As the shutdown continues, special agents remain at work for the American people without being paid, and FBI leadership is doing all it can to fund FBI operations with increasingly limited resources — this situation is not sustainable,” the letter stated.

“The important work done by the Bureau needs to be funded immediately.”

The petition was signed by representatives at all FBI field offices. It comes a day before FBI agents are set to miss a paycheque.

The letter said the lack of payment could pose big problems for agents, who are subject to financial background checks.

“Missing payments on debts could create delays in securing or renewing security clearances, and could even disqualify agents from continuing to serve in some cases,” the letter stated.


READ MORE:
Trump walks out of meeting with Democrats as talks to end shutdown fall flat

The group, a professional association representing most FBI agents, said that uncertainty surrounding pay also could limit the FBI’s ability to recruit and retain staff.

About 5,000 FBI staff are furloughed, while the rest of the 13,000-member workforce continued on the job without pay, said Tom O’Connor, president of the FBI Agents Association.

The U.S. government has been partially shutdown since Dec. 22 over U.S. President Donald Trump‘s demand that Congress approve funding for a wall along the U.S. border with Mexico.

The impasse impacts about 800,000 federal workers. About half are working without pay because they are deemed essential to national security — people such as border patrol agents, prison guards and airport employees. Others are staying home on furlough.

— With files from Reuters