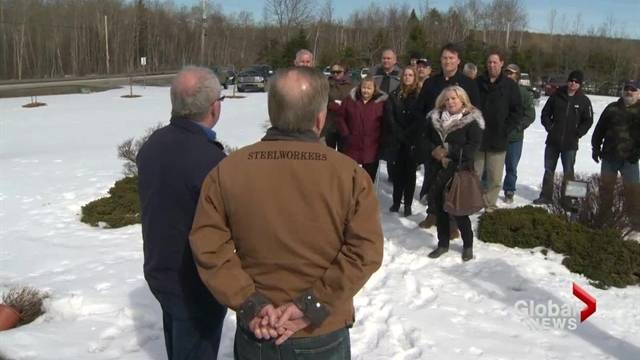 A former Halifax autobody shop owner has been acquitted of criminal negligence causing the death of a mechanic who was badly burned when a minivan suddenly caught fire as he was welding beneath it.

The charge was the first in the province under Bill C-45 – also known as the Westray law – which was passed after 26 miners were killed when methane gas ignited in the Plymouth, N.S., mine.

Peter Kempton was working under a 1998 Dodge Caravan at Your Mechanic Auto Corner in Dartmouth in September 2013 when it became engulfed in flames.

Kempton suffered second- and third-degree burns over 90 per cent of his body and died the next day in hospital.

His boss, shop owner Elie Phillip Hoyeck, was acquitted Friday in Nova Scotia Supreme Court after Justice James Chipman found Kempton made a series of choices that contributed to his own death.

Chipman said the garage had a myriad of safety issues, but none of them led to the poor choices of Kempton, a trained mechanic.

The van was being stripped before being scrapped, and Kempton was using an acetylene torch to remove the steel straps holding the gas tank in place.

It ignited, with Kempton underneath.

“It was complete chaos,” said the judge, and none of the fire extinguishers grabbed by co-worker Joseph Spence worked.

Spence and Hoyeck, who was working in the office, removed Kempton but “it was too late,” said Chipman.

David Giles, an automotive repair instructor and expert witness, testified that he would never use a torch to remove a gas tank, especially in an enclosed space. He described a messy, chaotic shop and said he’d never seen a garage in that condition.

“It can be fairly stated that the site presented an accident waiting to happen,” said Chipman in his ruling.

Chipman also said Hoyeck’s evidence was self-serving and very disrespectful of his deceased former employee, who Hoyeck called “an idiot.”

But the judge said Hoyeck did not direct Kempton to use the torch, and was out of the room as he used it. Kempton had other safe tools at his disposal and did not use them, he said.

“At the time of his death he was a 58-year-old man with many years experience as a mechanic. Given all of the evidence, I must find that the tragedy that befell him was brought on by his own negligence,” the judge said.

“In my view it was Mr. Kempton’s decision to use the acetylene torch in such close proximity to the Caravan gas tank that caused the fire, his injuries and resultant death.”

The case was heard by judge alone following two days of testimony, and after a juror asked why the Crown attorney had searched his profile on LinkedIn.

Bill C-45 was passed in March 2004, establishing new legal duties for workplace health and safety and imposing tougher penalties for violations that result in injuries or death.