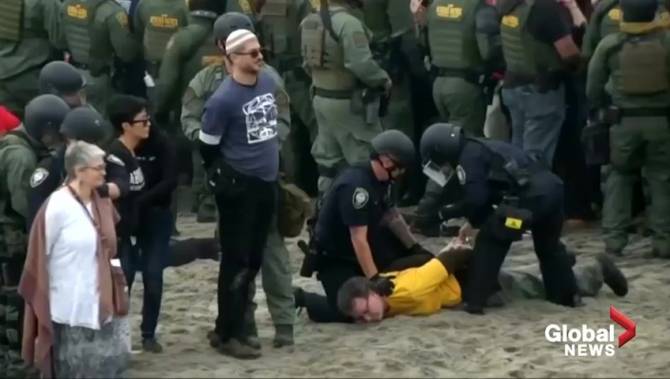 Hundreds of Honduran migrants began the long trek north on Monday, part of new U.S.-bound caravan that hopes to succeed even as a previous wave of Central Americans were unable to quickly enter the United States.

Central American migrant caravans have become a flashpoint in the debate over U.S. immigration policy, as President Donald Trump has remained adamant that the migrants will be barred from crossing the border.

Coverage of migrant caravans on Globalnews.ca:

Television footage on Monday showed several hundred people in the violent city of San Pedro Sula huddled together and waving Honduran flags as they began a journey that will likely take weeks or even months to reach the U.S.-Mexico border.

Between 600 and 800 Hondurans have joined the caravan, according to an estimate provided by Miroslava Serpas, head of migrant affairs with the CIPRODEH human rights research center that is accompanying the group.

Last October, another migrants caravan left Honduras made up of men, women and children, mostly claiming that they were fleeing entrenched poverty and gangland violence back home.

READ MORE: Migrants trying to enter U.S. to wait in Mexico while asylum claims are processed

While some 2,500 people from that caravan remain in the Mexican border city of Tijuana, more than 7,000 have returned to Honduras, according to Honduran officials.

“It’s a difficult road ahead but I hope President Trump’s heart might soften, and that he won’t be so hard and will let us enter,” he added. 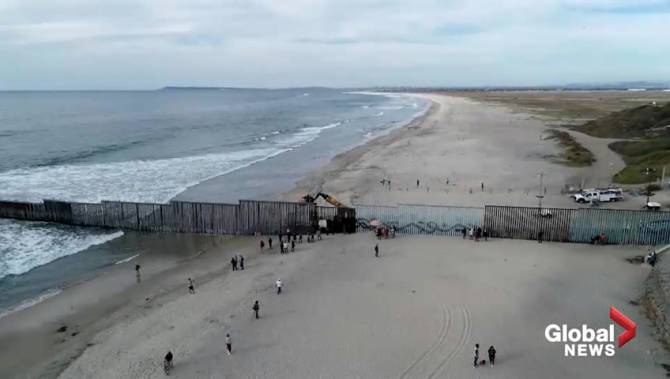 Other migrants, some traveling with spouses and children, echoed Perez’s dream to find work in the United States.

Trump has repeatedly vowed to stop the Central American caravans, sending troops to reinforce the border and describing the migrants as an invading force.