A growing number of people employed by the City of Edmonton say they face harassment or experience discrimination on the job, and abuse from members of the public is a growing source of that aggravation, according to a City of Edmonton executive report released on Thursday.

READ MORE: 1 in 5 City of Edmonton employees say they’ve been harassed on the job

Watch below: (From Nov. 16, 2017) They are hired to serve the taxpayer, but are they happy at their work? The satisfaction of City of Edmonton employees is under the microscope with a recent survey that shows some experience a workplace culture of harassment and bullying. Vinesh Pratap reports.

In 2016, councillors on the city’s audit committee expressed surprise and concern about the results and committed to working to address the issue.

Watch below: (From Nov. 17, 2018) Employees with the City of Edmonton are hoping a candlelight vigil in Churchill Square Saturday evening will continue a conversation about harassment and discrimination in the workplace. Julia Wong reports. 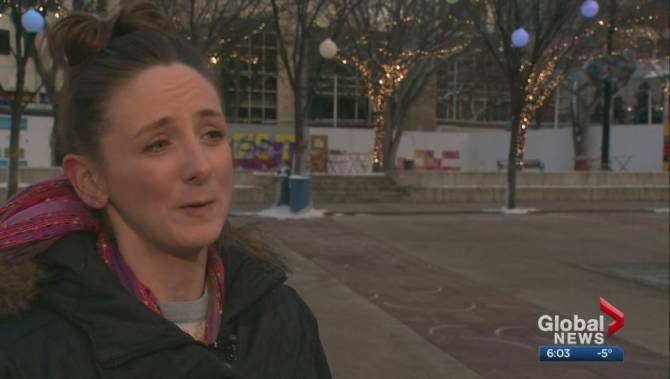 The authors of Thursday’s report define harassment as “any improper conduct by an individual, that is directed at and offensive to another person or persons in the workplace, and that the individual knew or ought reasonably to have known… would cause offence or harm.”

“It comprises any objectionable… act, comment or display that bullies, demeans, belittles or causes personal humiliation or embarrassment, and any act of intimidation or threat,” the report says.

More City of Edmonton employees reported feeling perceived discrimination at work in 2018. The survey shows 14 per cent of respondents felt they have been discriminated against, up from 11.4 per cent in 2016 but down from 16.2 in 2014.

“Discrimination means treating people negatively, adversely or not fairly based on the categories in Alberta Human Rights protected grounds,” the report says.

“This treatment can be public or done quietly through actions, works, pictures or written material.”

In a table breaking down the perceived sources of discrimination, the report finds the most common root of the problem is from other co-workers who work in the same unit at 40.1 per cent. The second-most common source was immediate supervisors at 29.8 per cent. However, the share occupied by those two sources decreased from 2016. The sources that saw the biggest increase from 2016 to 2018 were “other” and members of the public.

Who is being harassed?

The audit explored who was feeling harassed by breaking employees down into various categories. In terms of various age groups, all groups reported an increase in perceived harrassment since 2016. But one group, those in the 45-54 age category, reported the biggest increase. Nearly 27 per cent of respondents in that age group reported feeling harassed, up from 18.8 per cent in 2016.

The other groups that saw the most notable uptick in perceived harassment were respondents who identified as being Indigenous or as having a disability.

In terms of workplace status, the respondents who saw the most notable increase in perceived harassment were managers and employees who have been working with the city for 20 years or more.

Who is being discriminated against?

The field of work that saw the highest incidence of perceived discrimination was those working in professional occupations in educations services. Those in senior and middle management occupations saw the lowest frequency of perceptions of discrimination.

Reporting of harassment or discrimination

While the new report suggests a marked increase in the number of city employees who say they have witnessed harassment or discrimination at the workplace, a growing number of employees appear to be taking action and reporting the abuse. The survey shows 43 per cent of those who saw such instances reported the matter to someone who could do something about it, up from 36.2 per cent in 2016, although still down from 43.9 per cent in 2014.

Still, the report found employees aren’t necessarily seeing more action being taken. The survey found 37 per cent of respondents said they witnessed a response or change to address the situation once it was reported, down from 40.5 per cent in 2016, but up from 27.3 per cent in 2014.

Following the release of the employee survey results, the City of Edmonton announced a new “workforce initiative” to address “diversity, identifying mental health issues and providing supports to those in need, eliminating harassment and discrimination and managing change.”

“We want our staff to be trained, productive and happy on their first day, their last day and every day in between,” city manager Linda Cochrane said in a news release about the This is How We Work initiative.

“Our teams include accountants, bridge workers, cartographers, DATS dispatchers … vehicle technicians, web writers, yard leaders and zoo attendants working in 73 different lines of business,” she said. “Our approaches need to reflect the diversity of workplaces and the individual people in them.”

The city said it has taken steps to address issues in the workplace, including creating an employee services department and rethinking how it deals with allegations of harassment or discrimination.

“Upcoming initiatives include a workplace mental health program called The Working Mind, and services to rebuild team relationships after a serious incident,” a city news release said. “A series of staff town hall meetings will provide employees the opportunity to flag the issues that mean most to them, while new plans for employee engagement will be developed in each of the city’s 35 branches.”