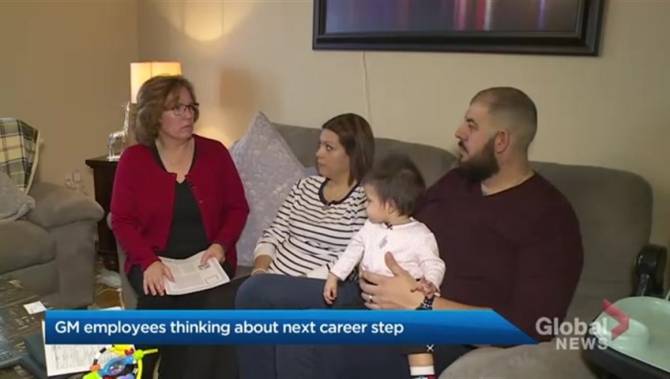 Canada may be experiencing one of its biggest labour shortages in years but that doesn’t mean employees are seeing wage growth reflecting that talent crunch.

Last week, a senior official with the Bank of Canada said one of the causes for the “puzzling” lack of wage growth could be that employers are struggling to find candidates with the right skills. But one Canadian company thinks it might have the answers.

In an interview with The West Block, Sean Hinton, founder and CEO of SkyHive, said government needs to do a better job of helping bridge that divide and help companies look not only at what employees are doing now but what their skill set means they could be doing in the future.

“We have a situation where there is drastic need for jobs yet there’s not a way to find an easy pathway to those jobs,” Hinton said.

Hinton, who is in Ottawa for meetings with government officials, said while there have been efforts by governments to try to address challenges like certain jobs becoming obsolete or less secure than they have been traditionally, looking for ways to use and expand on the skills those employees already have is key.

His meeting comes as the government grapples with the looming loss of 2,500 jobs by December 2019, when General Motors is set to close its Oshawa plant.

“What we do is help them understand the skills they’ve developed through their time and help them find new jobs,” he said.

READ MORE: Here’s why you still can’t get a job — or a raise — despite record-low unemployment

The Liberals have mused about using the upcoming federal budget to boost job skills spending.

“Retraining and training will be increasingly important,” said Social Development Minister Jean-Yves Duclos in an interview last year with the Canadian Press.

Expected in the next month or two, that budget will be the last before the election later this fall.