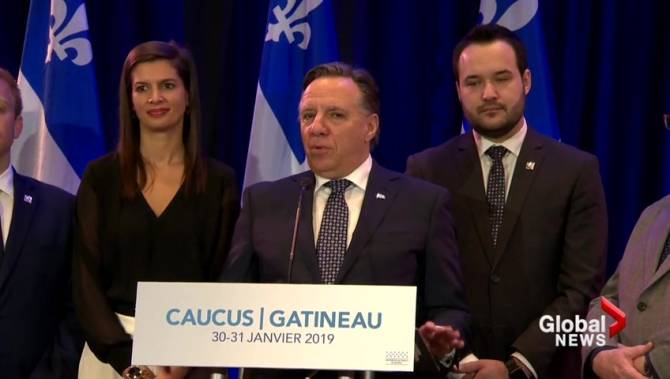 Quebec’s Education Department admitted Tuesday it began surveying schools months ago about how many employees wear religious symbols on the job.

The Canadian Press obtained a copy of a survey sent to schools across the province asking principals to count the number of teachers and other personnel who wear visible religious symbols.

Last week, the Coalition Avenir Québec government was accused of religious profiling after Education Department officials called school boards seeking records of how many board employees wear religious symbols. The calls came as the government prepared legislation to prohibit public servants in positions of authority — including teachers — from wearing such symbols as the hijab, kippa or turban at work.

Education Minister Jean-François Roberge said last week’s criticism was unfair because the same questions had been asked in a survey that was conceived last June, when the Liberals were in office. He said the survey was officially sent by the Education Department in November, without his knowledge.

“I think it was an enormous, enormous exaggeration from school boards who were screaming loudly at us last week simply for asking if they had this information,” Roberge told reporters.

“While a few months before, hundreds of school administrations answered (the same questions).”

WATCH: Quebec says it will soon table a bill on religious symbols

The Canadian Press approached Roberge’s office, the Education Department and the office of Premier François Legault for comment on the survey Tuesday, but received no response. Hours later, Roberge held a news conference giving details about the survey and denouncing the criticism he faced last week.

He told reporters more than 1,100 school administrators responded to the survey, which was available on the Education Department’s internal portal, accessible to school principals. The deadline to respond was Dec. 14.