Zainab Mnyetto’s journey to Picton, Ont., has included stops in Mombasa, Kenya, and Dar es Salaam, Tanzania. It’s a move she says has been filled with barriers, but Mnyetto was happy when she learned she would be working in Prince Edward County.

“My dream job opened up in economics, and when I got it, I was thrilled until I began looking for a place to live,” said Mnyetto.

Moments after she got off the phone with her new employer, Community Futures of Prince Edward, Lennox and Addington, Mnyetto took to the internet to search for a place to live, and what she found was not encouraging.

“I have never had an issue finding a place to live, whether it was in Mombasa or Dar es Salaam, but in Picton, I couldn’t find anything,” she said.

A new report by the Ryerson School of Urban and Regional Planning found that housing costs in Prince Edward County have jumped 40 per cent since 2006, making it harder for local workers to find affordable accommodation. The report also found there was an eight-year decline in the number of rental units, with available units dropping nearly 10 per cent.

Trevor Brookes, a social finance specialist with Community Futures, believes the housing crisis is simply a supply and demand issue.

“This demand is for a couple reasons,” Brookes explained. “First off, we have a lot of millennial entrepreneurs in the area. We are also a retirement community, which has a workforce that lives and works in the community.”

In January, Prince Edward County staff released a report outlining major settlement areas and stating that there are opportunities to acquire parcels of land on which to potentially build affordable housing.

The staff report also addressed an out-of-commission school near downtown Picton that could be redeveloped, saying: “This property [Queen Elizabeth School] could provide the municipality with a number of opportunities to address issues that would benefit the community, including but not limited to the development of affordable and attainable housing.”

The current state of available housing in Prince Edward County has caused concern for MPP Todd Smith, who told Global News that it is nearing a crisis. Smith went on to say that the provincial government is looking into ways to solve this issue.

WATCH: Two residential apartment buildings will rise at the gateway to downtown Kingston 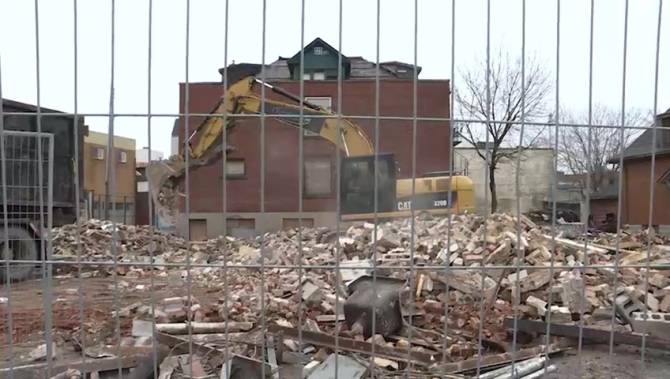 According to Brookes, the Ryerson report warned that without action, the shortage of affordable housing was going to make it harder to attract and retain a younger workforce and would limit economic expansion in the future.

One of those young professionals is Mnyetto, who searched the rental market for nearly one month before she contemplated turning down the position — until her future colleague got wind that she needed a place to live.

“My parents have a few spare bedrooms because my brothers moved out so I begged them if they could spare one for Zainab, and they agreed to it,” said Brookes.

With her living arrangements now secured, Mnyetto says she is using this negative experience to inspire her new role as an economic researcher for Community Futures of Prince Edward, Lennox and Addington to make a positive change in the community.