Can a coding boot camp reboot your career? – National

Maggie Yang was working as an insurance underwriter in Toronto when she began to realize that business was increasingly moving online. So three years after starting her career in the industry, she decided she needed a reboot — at a coding boot camp.

“I always liked to learn new stuff,” said Yang, a graduate of the University of Toronto with a major in economics and a minor in statistics. “So I started checking out developer courses.”

She landed at Lighthouse Labs, one of a growing breed of private schools that teach one and one thing only: coding.

READ MORE: The $100K entry-level job you can get here in Canada

Less than five months later, she started work as a junior full-stack developer for a U.S. consulting company.

Yang is one of more than 15,000 people who have graduated from Canadian coding boot camps, according to research provided exclusively to Global News by CourseCompare, a website that compares courses and training programs in business, technology and design.

“Canada’s first coding boot camps opened their doors in 2012, but they’ve already helped a significant number of Canadians transition into and succeed in the tech sector,” said Robert Furtado, founder and CEO of CourseCompare. 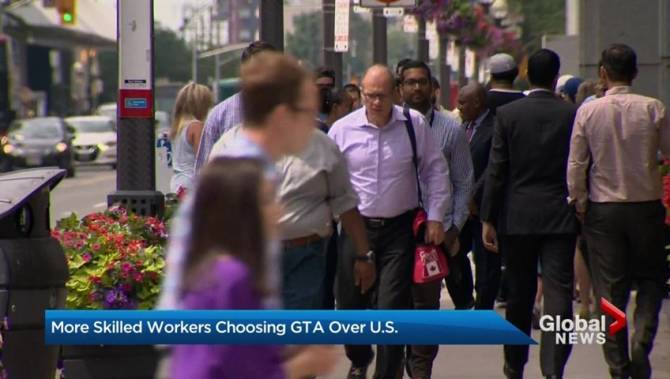 Coding boot camps are a new breed of post-secondary school that promises to churn out office-ready web developers without needing a university degree. And they’re proving a hit among millennials and young professionals navigating an ever-evolving labour market that increasingly demands some degree of coding know-how.

“If you’re 25 and looking for a fresh start, go to a boot camp,” said Lighthouse Labs’ co-founder Jeremy Shaki. “You don’t have to be out [of the workforce] for four years to restart your life.”

The boot camps generally offer both intensive, full-time classes and part-time courses that students can attend without giving up their day jobs and, sometimes, can attend remotely. The full-immersion options are generally intended to turn you into a professional developer. Acceptance into these courses is highly competitive, according to the schools, and often requires a solid grasp of coding. Part-time classes are usually for those looking to learn the ABCs of web development — like HTML and JavaScript basics — or hoping to pick up a specific skill like learning to design user-friendly websites.

Full-time programs cost around $12,000, according to data viewed by Global News, while prices for part-time classes range from a few hundred to a few thousand dollars. 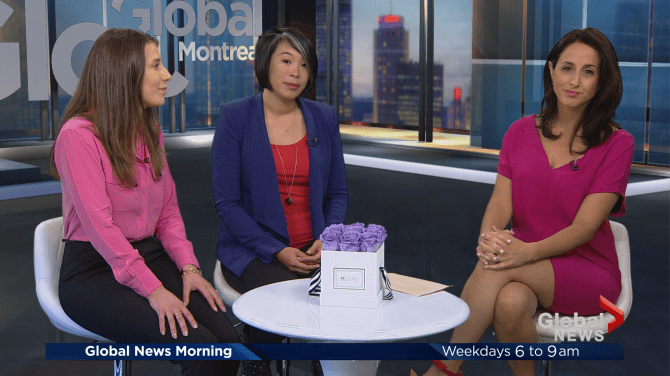 There are at least 10 boot camps in Canada, and many of them have started publishing reports about how their graduates are faring. So far, the stats are promising, Furtado said.

Four student-outcome surveys reviewed by Global News showed graduation rates close to 100 per cent, with more than 80 per cent of graduates landing a job in their field of study within four to six months of finishing school.

Salary data is harder to come by, but reports from LightHouse Labs and HackerYou, a Toronto-based boot camp, show median starting salaries around $53,000, in line with the average compensation for junior web developers in Canada according to job-searching site Indeed.

The boot camps Global News spoke to work hard to ensure that their students land on their feet after graduation. The first step is a rigorous vetting process for those applying to the intensive classes or advanced part-time courses.

At Toronto-based HackerYou, for example, vetting for the Web Development Immersive program starts with a technical assessment, where applicants may be shown a picture of a website and asked to code it from scratch and make it responsive, said founder and CEO Heather Payne.

READ MORE: These are the best-paying jobs you can get without a university degree

Then there’s a video interview, which serves to evaluate traits like adaptability, leadership potential and communication skills. Finally, applicants are invited to an in-person group interview on campus, Payne said.

Being a web developer, he said, means that “you’re always having a problem to solve, and you always have to be willing to solve it.”

READ MORE: Here are the jobs with the highest — and lowest — wage growth in Canada

Those who do make it in are usually promised access to instructors who work in the industry and keep close tabs on the latest trends. The curriculum generally involves creating one or more digital projects — such as creating a website — that are meant to help showcase abilities to employers. And schools maintain close relationships with a number of companies — from high-tech startup to old-economy incumbents like banks and insurance companies — eager to tap a pipeline of graduates with in-demand skills.

WATCH: Meet robo recruiters, who use algorithms to tell whether you’re a fit for the job 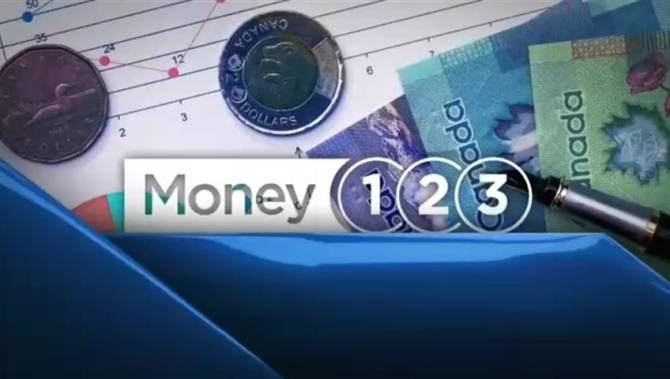 Safdar, who graduated in 2006 from the University of Waterloo with a degree in electrical engineering, speaks highly of his own boot camp experience at Toronto-based Bitmarker.

A part-time course in user experience design helped him make the leap from a technical sales job to a web developer role at a tech startup. That class, which mostly attracted designers hoping to learn to code and coders eager to learn web design, delivered what it promised.

“It was very useful,” he said.

READ MORE: Canada’s 10 most in demand jobs of 2019 — and their pay, according to Randstad

But Safdar sounds a bit more skeptical when talking about the full-time boot camp programs. Though he has no direct experience of them, he said he’s seeing a lot of “similar resumes and similar projects” coming from boot camps, and “not a lot of computer science fundamentals.”

A ten-week course can only go so far, he added.

“You need to work on a project for a long time to get a sense of the different problems it can have and how it scales.”

Payne said boot camp graduates develop that kind of deeper and broader perspective while on the job.

“It does take a bit longer to get caught up with comp-sci fundamentals,” she told Global News.

WATCH: Jobs that are growing in importance for the Canadian economy, according to Indeed 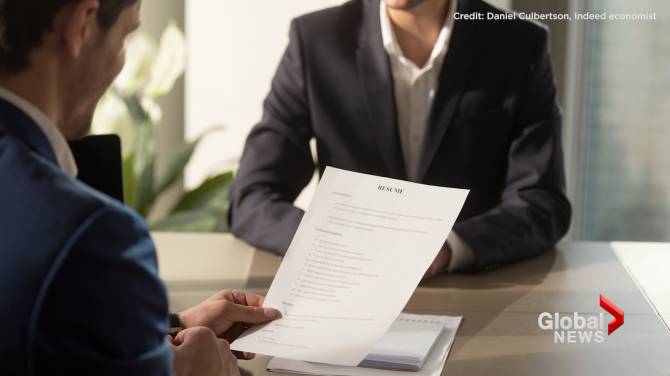 But many graduates with a four-year computer science degree also have a lot of on-the-job learning to do, especially when it comes to practical skills, she added.

And graduating from a boot camp does not seem to be translating into a slower progression up the pay scale and corporate ladder.

“Speaking anecdotally, we have people making six figures within a few years,” she said.

Data from Lighthouse Labs, one of the few boot camps that has begun to track how its alumni fare, confirms that trend. The numbers show median salaries rise to $85,000 after three years, with the vast majority of students progressing to intermediate and senior positions, Shaki told Global News.

For her part, Yang, the recent Lighthouse Lab grad, has no regrets.

“It was a really really stressful time,” she said of the 12-hour days she would put in during her two-and-a-half-month class.

“But it was definitely worth it.”