In tweets, public remarks and private conversations, Trump is making clear he is closely following the campaign to challenge him on the ballot. Facing no serious primary opponent of his own — at least so far — Trump is establishing himself as an in-their-face observer of the Democratic Party’s nominating process — and no will be surprised to find that he’s not being coy about weighing in.

Presidents traditionally ignore their potential opponents as long as possible to maintain their status as an incumbent floating above the contenders who are auditioning for a job they already inhabit.

Not Trump. He’s eager to shape the debate, sow discord and help position himself for the general election. It’s just one more norm to shatter, and a risky bet that his acerbic politics will work to his advantage once again.

This is the president whose 240-character blasts and penchant for insults made mincemeat of his 2016 Republican rivals. And Brad Parscale, Trump’s campaign manager, said the president aims to use Twitter again this time to “define his potential opponent and impact the Democrat primary debate.” 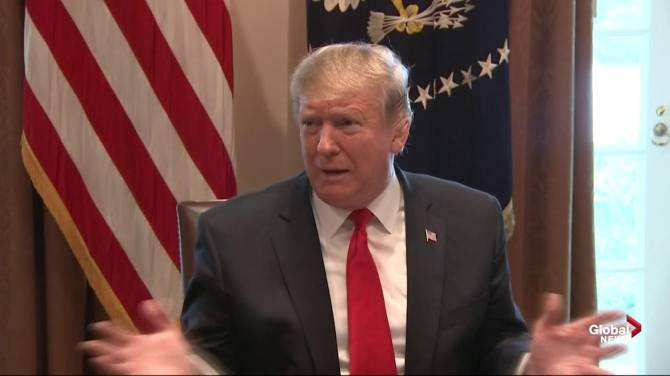 But often Trump’s commentary reflects a peculiar sense of disengagement from the events of the day, as though he were a panelist on the cable news shows he records and watches, rather than their prime subject of discussion. He puts the armchair in armchair punditry. In an interview with The New York Times, Trump assessed Harris’ campaign like a talk show regular, declaring her opening moves as having a “better crowd, better enthusiasm” than the other Democrats. 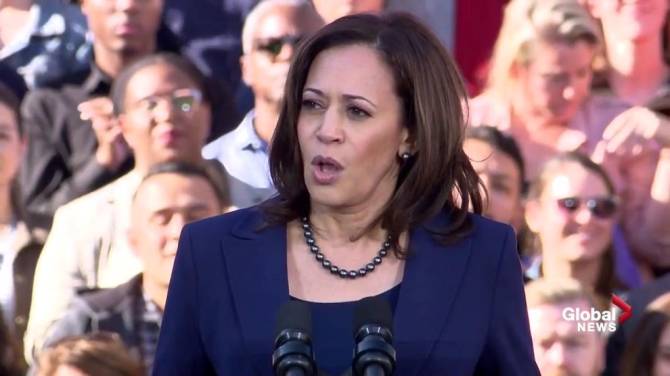 Crowd size was also at play last week when he held a rally in El Paso, Texas, that was countered a few blocks away by one led by former Rep. Beto O’Rourke, a potential 2020 candidate.

“So we have let’s say 35,000 people tonight, and he has 200 people, 300 people,” Trump observed, wildly exaggerating both numbers. “Not too good. In fact, what I would do is, I would say, that may be the end of his presidential bid.”

READ MORE: Trump says potential 2020 rival Beto O’Rourke has ‘a great first name’ but not much else

When Sen. Klobuchar announced her candidacy on a frigid day in her home state of Minnesota, Trump anointed her with a nickname of sorts, and a benign one at that: “By the end of her speech she looked like a Snowman(woman)!”

Inside the West Wing and in conversations with outside allies, Trump has been workshopping other attempts to imprint his new adversaries with lasting labels, according to two people on whom the president has tested out the nicknames. They spoke on condition of anonymity to discuss private conversations with the president. He is also testing out lines of attack in public rallies, exploring vulnerabilities he could use against them should they advance to the general election.

No candidate has drawn more commentary and criticism from Trump than Sen. Warren, the liberal Massachusetts Democrat. Warren’s past claims of Native American heritage prompted Trump to brand her “Pocahontas” and he has shown no qualms about deploying racially charged barbs harking back to some of the nation’s darkest abuses.

Wading into a Twitter frenzy over an Instagram video Warren posted after she announced her exploratory committee while sharing a beer with her husband at their kitchen table, Trump jeered: “Best line in the Elizabeth Warren beer catastrophe is, to her husband, ‘Thank you for being here. I’m glad you’re here’ It’s their house, he’s supposed to be there!”

“If Elizabeth Warren, often referred to by me as Pocahontas, did this commercial from Bighorn or Wounded Knee instead of her kitchen, with her husband dressed in full Indian garb, it would have been a smash!” Trump tweeted. 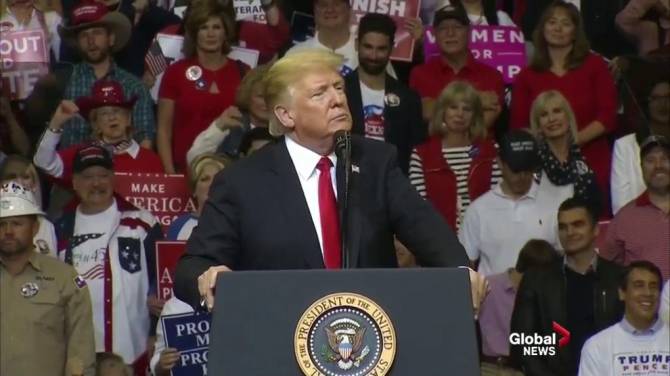 Even in the midst of the partial government shutdown, those tweets mocking Warren were widely joked about by White House staff weary from the protracted closure, according to one aide who spoke on condition of anonymity to discuss internal conversations. The person said the president repeatedly ridiculed Warren’s video in private conversations with aides and outside advisers.

Attention from Trump can drive up fundraising and elevate a candidate above a crowded field. But responding to attacks also distracts from a candidate’s message. 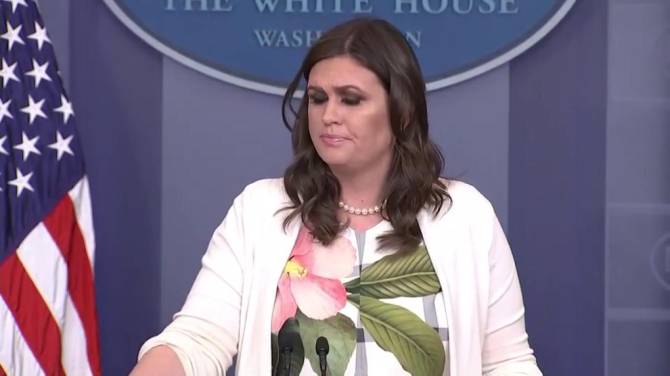 Trump’s rivals in the 2016 GOP primary learned that lesson as he bedeviled them with name-calling. Trump goaded Sen. Marco Rubio of Florida into making a thinly veiled insult of his manhood that quickly backfired, and weeks later he sucked Texas Sen. Ted Cruz into a brutal back-and-forth about an insult he had leveled at Cruz’s wife.

“The president has an ability to use social media to define his opponents and influence the primary debate in a way no sitting president before him has,” said former White House spokesman Raj Shah. “I expect him to take full advantage.”

On Friday, hours after declaring a national emergency on the U.S.-Mexico border, Trump tweeted a video made by a supporter that featured the president’s Democratic critics in Congress. Harris, Bernie Sanders and Cory Booker were shown sitting dourly during the State of the Union address, set to the R.E.M. ballad “Everybody Hurts.”

The mocking video may have been taken down later in the day after a copyright complaint by the band, and re-cut using Trump-supporter Lee Greenwood’s “God Bless the U.S.A.” But the message to Trump’s would-be 2020 rivals, and people girding for another wild presidential cycle, remained anchored to the lyrics of that R.E.M. song: “Hold on.”