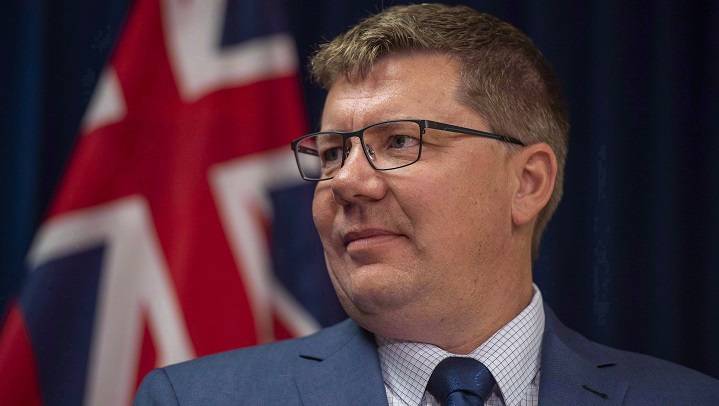 Trudeau not the prime minister of Quebec: Saskatchewan premier

Two western premiers say the SNC-Lavalin affair is distracting Prime Minister Justin Trudeau at a time when he should be focused on jobs in their region.


READ MORE:
Just how much would SNC-Lavalin suffer under a 10-year ban on federal projects?

“He’s the prime minister for all Canadians.”

Moe said there have been thousands of jobs lost in the energy sector while Trudeau’s government has championed a carbon tax and a bill that would change how environmental assessments are done. Moe wants both scrapped.

Moe also criticized Trudeau for involving Canada’s ambassador to the United States, David MacNaughton, in the SNC-Lavalin issue when he should be working to get rid of U.S. tariffs on Canadian steel and aluminium.

Alberta Premier Rachel Notley said Thursday that Alberta’s struggle to get its oil to market has a far greater impact on jobs than SNC-Lavalin.


READ MORE:
Trudeau admits ‘erosion of trust’ during SNC-Lavalin affair but does not apologize

She also suggested jobs at the Quebec company would be more affected by Alberta’s economy than the outcome of any criminal prosecution SNC-Lavalin is facing.

“We need our federal government to focus on the big picture and, by doing that, they will realize that Albertans need their attention.”

Notley said earlier this week that Trudeau needs to get back to work defending jobs and farmers, especially since China has started blocking import shipments of Canadian canola.


READ MORE:
ANALYSIS: Despite protests from top Trudeau aide, Wilson-Raybould was right — SNC-Lavalin is about politics, not jobs

“We are calling on Ottawa to stop its navel-gazing about its internal controversies and fight back,” she said.

Trudeau’s comments about protecting jobs at SNC-Lavalin has landed him in even more trouble with western premiers than he already was, said a political expert.

“It justifies accusations of double standards that have started flying,” said Julian Castro-Rea, who teaches political science at the University of Alberta in Edmonton.

“Some jobs seem to be more important to him than the jobs that are being lost here.”

With files from Lauren Krugel in Calgary.