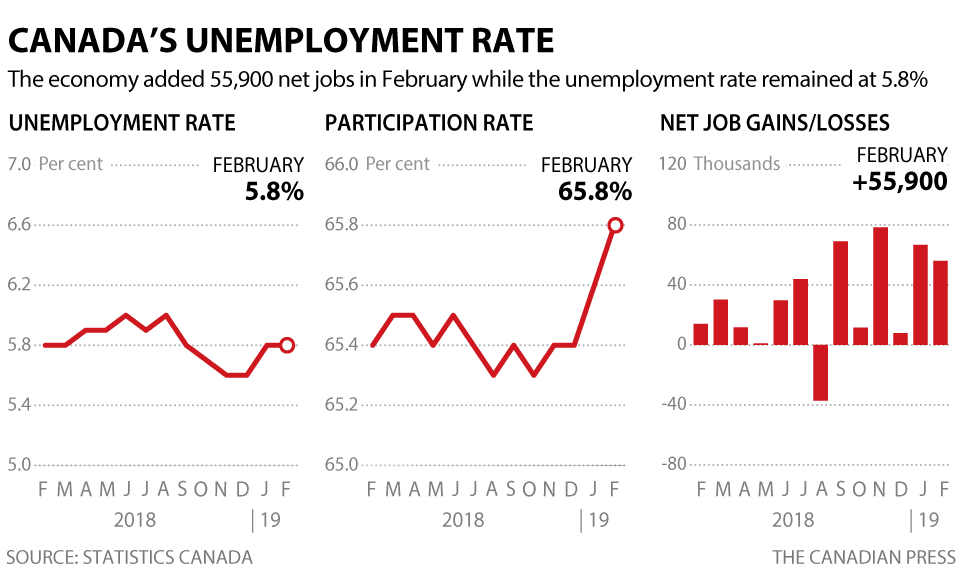 The labour market generated a second straight month of strong job gains in February with the creation of 55,900 net new positions, all of which were full time. The latest jobs report by Statistics Canada says the unemployment rate held firm last month at 5.8 per cent as more people hunted for work.

The February surge follows a gain of 66,800 positions in January to give Canada its strongest two-month stretch of job creation since the spring of 2012 — and its best two-month start to a year since 1981.

READ MORE: Gig economy could be dragging down wages for everyone — even those with regular employment

The report says the addition last month of 67,400 full-time jobs more than offset a loss of 11,600 part-time positions. The agency says the number of more desirable employee positions in the private sector climbed by 31,800 last month, while public sector jobs rose 8,900. The number of self-employed increased by 15,100.

Year-over-year average hourly wage growth in February for permanent employees was 2.3 per cent, which was up from a reading of 1.8 per cent for January.