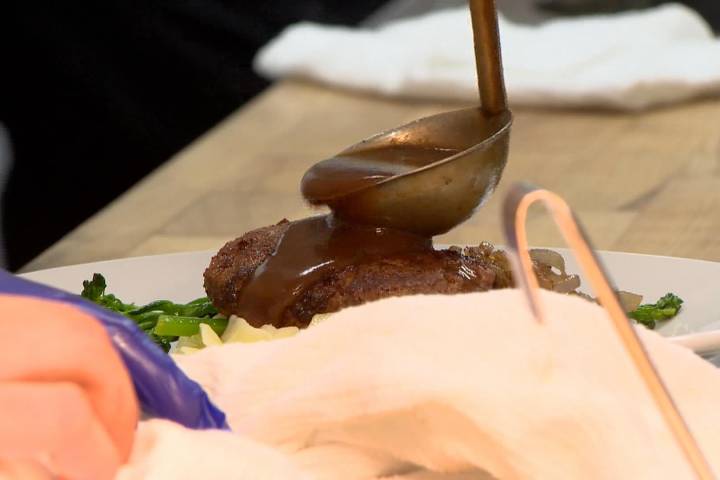 Working in a restaurant kitchen might be a chaotic scene for some, but for Jose Mendoza, it’s another day closer to his dream of becoming a chef.

It’s a career path inspired by his grandmother.

“Every time I was at her place, she always makes me some kind of dish that I did not know existed,” he said.

Mendoza and his classmates have been putting together a four-course meal for hungry customers over the past few weeks.

Lethbridge College instructors say playing these roles in the Garden Court Restaurant is vital to finding a job after graduation.

“They plan the menu. They order the product. They prepare it and then Tuesdays, Wednesdays and Thursdays, we prepare four-course meals for guests that make reservations. So it gives them that real-world experience where they have timelines and deadlines,” instructor Stephen Klassen said.

Local businesses are capitalizing on the Culinary Arts program.

Earls Head Chef Adam Robinson is a Lethbridge College alumnus and has hired six current and former students in his kitchen.

“It’s basically running a five-star restaurant. For a student, you cannot replace that (experience).”

Mendoza moved to Canada from the Philippines when he was 12 years old.

“I grew up in a place where food wasn’t really abundant. Sometimes we didn’t have anything to eat… but the dishes that we came up with were just insane,” he said.

“We had nothing other than just some random fish that came in and we just made a whole dish out of it and it tasted delicious.”

He hopes his time at the college can one day lead to running his own kitchen with a pinch of his grandmother’s tastes.