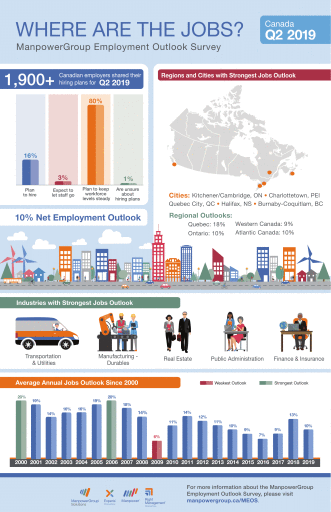 20% of Hamilton employers plan to hire this spring: survey – Hamilton

A hopeful hiring climate was revealed for Hamilton for the second quarter of 2019, in the latest ManpowerGroup Employment Outlook Survey.

Canadian job growth picked up in the first quarter of 2019, and the private surveying company says it’s reflected in the forecast for the second quarter of 2019.

“With the private sector ramping up hiring efforts, 66,800 new jobs were created in January, and this trend can be expected to continue in the second quarter of the year,” said Darlene Minatel, country manager for ManpowerGroup Canada.

Minatel added that Ontario and Quebec continue to experience a hiring surge, but many employers are still struggling to find the right candidates for open jobs.