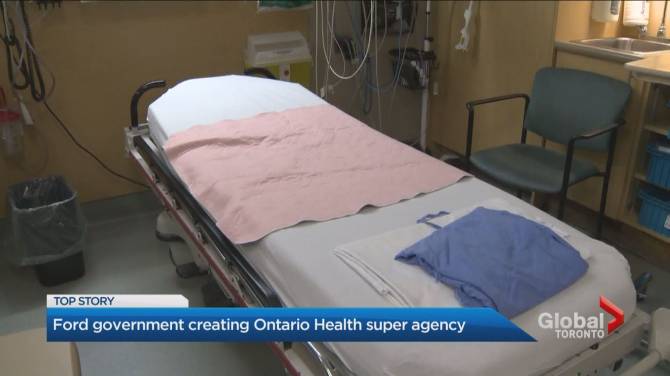 CAMBRIDGE, Ont. – Premier Doug Ford says there will be management-level job losses as a result of the planned merger of 20 provincial health agencies into one.

Ford says people in the local health integration networks, such as CEOs, presidents and vice-presidents will be axed, but front-line jobs will be protected.

When Health Minister Christine Elliott announced the health system transformation last month, background materials portrayed some management and administrative work at the agencies as “duplicative,” but she wouldn’t say if there would be job losses.

During last year’s election campaign, Ford often promised that under his government not a single job would be lost, but in recent weeks his government has been saying that no “front-line” jobs will be lost.

Ontario’s ombudsman has said that some workers in the provincial Child and Youth Advocate’s office will lose their jobs when his office assumes its duties this spring.

The Toronto Catholic District School Board has said the province’s decision to cut programs aimed at providing students with extra skills and support would result in the loss of about 35 part-time student tutors and 60 working in youth after-hour programs.