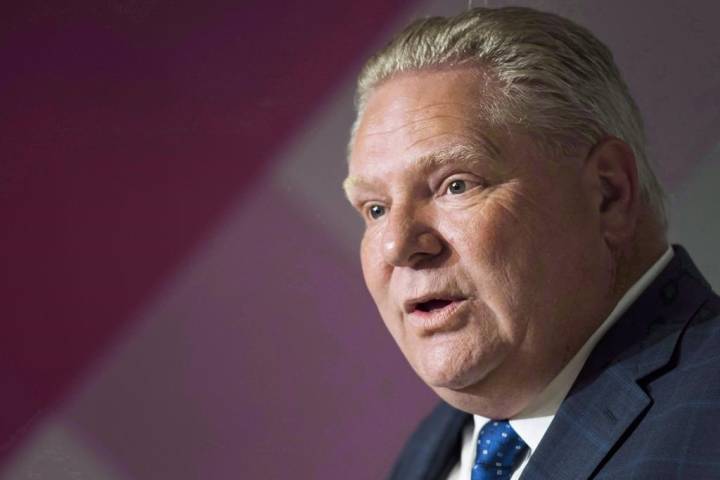 TORONTO – Five people employed by Ontario’s environmental watchdog are losing their jobs as a result of the government’s decision to merge the office with that of the province’s auditor general.

A spokeswoman for the auditor general’s office said they were unable to offer positions to the five full-time employees because their roles duplicated those of existing staff members or because their specific positions were not required under the organization’s expanded mandate.

Christine Pedias said in an email Friday that they will also be seeking to hire a commissioner of the environment who will report to the auditor general.

The position of environment commissioner is currently held by Dianne Saxe, who has been critical of many of the changes brought in by the Progressive Conservative government.

A spokesman for Premier Doug Ford said Friday that the government is not responsible for the job losses.

“Any staffing decisions made during the process were made by the Office of the Auditor General,” Simon Jefferies said in an email.

The premier has long said that no jobs would be lost as a result of his cost-cutting measures to eliminate a multibillion-dollar deficit. However, his government has recently begun saying that no front-line jobs would be eliminated, a qualifier that had not previously been applied.

Ford also announced this week that management-level jobs will be lost as a result of his government’s changes to the heath-care system that will see the merger of 20 provincial health agencies.

The office of the auditor general is expected to absorb the environmental commissioner’s office by no later than May 1.

The move was announced in the fall economic statement, which also saw the child advocate and the French-language services commissioner’s offices rolled into the ombudsman’s. The ombudsman has said some workers in the child advocates office will also lose their jobs when his office assumes its duties.

Critics have denounced the decision to combine the watchdog offices, saying it will erode government accountability on key issues.

Advocacy groups have noted some of the environment commissioner’s duties, such as the power to issue special reports on topics like climate change, will not carry over to the auditor.

They have also warned there will be less scrutiny of the Tories’ recently announced climate change plan, which replaced the cap-and-trade system brought in by the Liberals.

Opposition parties have also condemned the move, calling it an effort to remove independent criticism of government policy.