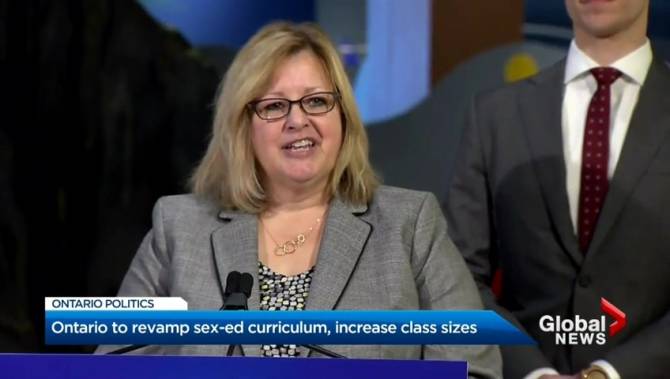 On Friday, the Doug Ford government announced it would increase class sizes for grades 4 to 12 in an effort to cut costs, but said it would not result in any job losses.

The province said average high school class sizes will increase by six students — from 22 to 28. Education Minister Lisa Thompson said the change would be phased in over four years and noted that Ontario high schools currently have one of the lowest student-to-teacher ratios in the country.

Average class sizes for grades 4 to 8 will increase by one student per classroom — from a current 23 students to 24. Class sizes for kindergarten through Grade 3 are not changing.

The move is part of education reforms announced by the Progressive Conservative government Friday that also include introducing a sex-ed curriculum that returns to teaching gender identity and consent after a modernized lesson plan was scrapped, revamping the math curriculum and making students take more online courses.

The memo said the TDSB expects to lose 216 teachers as a result of the increase in class sizes in grades 4 to 8, on top of the 800 that could possibly be lost between grades 9 and 12.

The Ontario Secondary School Teachers Federation (OSSTF) called for teachers across Ontario to wear black to protest the cuts.

The Elementary Teachers’ Federation of Ontario (ETFO) urged those against the cuts to contact their MPPs.

-With files from The Canadian Press