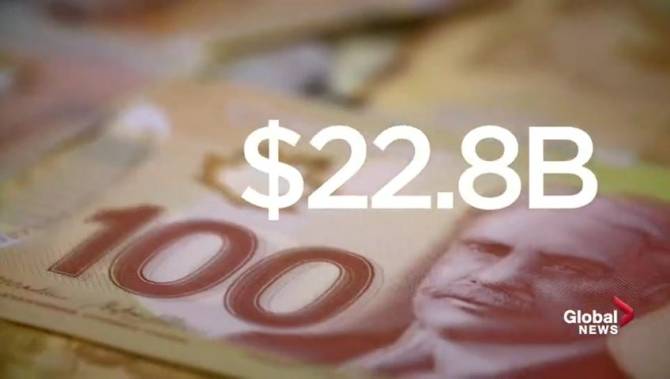 It does this through two main programs. The first is called the Canada Training Benefit. It’s a program designed to provide Canadians with funding to help pay for retraining courses.

This can be used to cover up to half of the cost of training — like fees for a college course or other professional training programs.

WATCH: The federal Liberal government is spending billions of dollars on everything from pharmacare to helping workers learn new job skills to easing the burden on first-time home buyers. David Akin reports.

The other piece of the job retraining program is focused on the time it takes workers to take those courses. A new benefit, administered through employment insurance, will give people up to four weeks of income support every four years.

This means that workers would get up to 55 per cent of their average weekly earnings during that time period. They would also be entitled to leave and job protection during that time, so that their jobs are waiting for them when they come back.

Both programs are expected to launch in 2020 – after the next federal election. 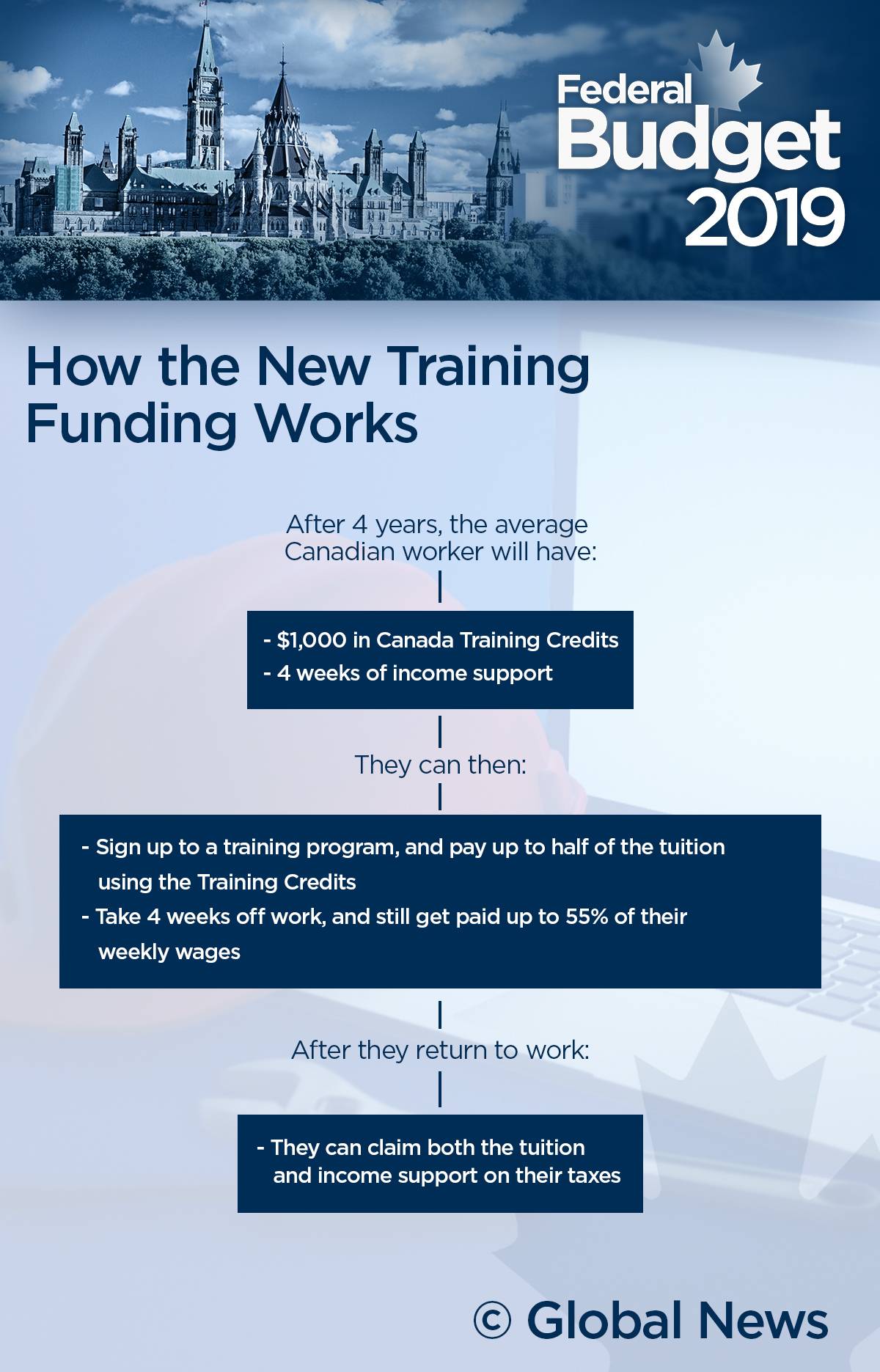 Beata Caranci, chief economist of TD Bank, thinks these measures are good for workers and the economy. The “social contract” of going to school, getting a degree and getting a long-term job based on that education doesn’t really exist anymore, she said.

In some of her research, she said, parents told her they were concerned about their children’s future. They told her, “I’m encouraging my child to go to university or to college but yet I can’t say with certainty or confidence to them that they are going to have these great jobs at the end of it and whether that degree will have a shelf life of two years, versus ten years previously.”

Now, she said, careers are all about lifelong learning. “The career trajectory is not just up and down as it used to be. It’s these lateral moves to the shifts in the economy.”

She thinks that these programs will help employees learn new skills. “What [the government is] trying to do is give people the opportunity and put the decision in their hands to be able to do it.”


READ MORE:
No plan for balanced budgets even if Trudeau wins second majority

David Macdonald, of the Canadian Centre for Policy Alternatives, is more critical of the measures. “Fundamentally, the big problem for students is that they are going to university, they are going to college, they are paying high fees and they’ve got the debt to show for it,” he said.

“And after they graduate, they’re expected to continue to incur these ever-larger fees for tuition for lifetime training.”

He’d like to see employers be more on the hook for some of the bills related to job training. “Employers are probably the big winners out of this. They don’t pay any of the money and they get better-trained employees as a result,” he said.

Caranci said that larger firms currently offer training programs, so these measures are targeted more at people working for small and medium-sized firms.

“Ultimately I think it’s to the benefit of the labour market. The more people are encouraged to keep their skills up to date, the better-off both the firm and the broader economy’s going to be.”