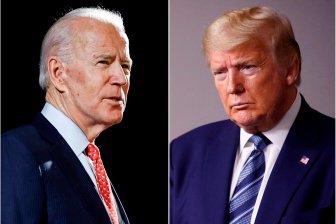 According to Peterborough & the Kawarthas Economic Development (PKED), as of Oct. 20, there were 486 active job postings in the City of Peterborough.

Rhonda Keenan, president and chief executive officer of PKED told Global News Peterborough that the number of openings changes every day as new postings are created and jobs are filled, but estimates there are still more than 300 openings as of Nov. 3.

“It was important for us as an economic development organization to partner with the Workforce Development Board to start showcasing there really are a lot of jobs that are available in this region.”

Keenan said the jobs are across all sectors from entry-level positions to health care to engineers and CNC machinists.

She said businesses are having challenges filling the positions, especially in the manufacturing and warehousing/distribution/logistics sectors.

“It’s a lack of skill we have in this region especially in employment with engineers and CNC machinists those are skills that are required.  We don’t have that skill being taught in the two post-secondary institutions we have here, so we have to look outside the area to say ‘hey graduates, this is a great place to live and work,’” Keenan said.

There are approximately 50 open positions including technicians, painters and engineers.

“There are a number of programs that are available in collaboration with Fleming College to encourage people to go into that program and get the skills that are needed.  It’s great that Flying Colours is getting behind that and saying if you train them we can hire them,” Keenan said.  “With a number of planes being grounded right now, they’re taking the opportunity to work on the planes and they’re busier than ever.”

No one was immediately available for comment Tuesday at Flying Colours Corp.

READ MORE: Ontario budget to be released on Nov. 5 after being delayed due to pandemic

Meanwhile, it’s been busy at Employment, Planning and Counselling (EPC) Peterborough, a not-for-profit agency that helps clients with career development including finding employment.

“We’ve seen a number of jobs.  It hasn’t slowed down that much in terms of available employment opportunities,” Nancy Thompson, manager of employment services at EPC, said.

“It’s been a shift in different kinds of industries.  We’ve seen more jobs in health care like PSW and in general cleaning and drivers as well as general labourers.”

EPC has also seen a lot of interest in the second career program, which provides laid-off workers in Ontario with financial support of up to $28,000 for retraining and education to change career fields.

Second Career is for people who have had at least one layoff since 2005, who are currently unemployed, and who would benefit from long-term skills training to transition them into highly skilled occupations that are in demand in the local labour market.

This includes laid-off workers who have taken an interim job to make ends meet.

“We’ve seen a real interest in the program.  Usually, it happens at the college intake in August and November-December, but we’ve seen a consistent interest and an accelerated interest moving forward for the program,” Thompson said.