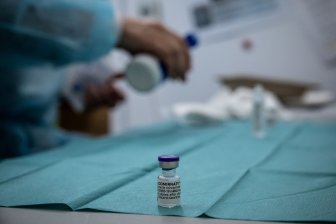 Brick by brick, Edmontonian builds love of Lego into career

When Edmontonian Jordan Forsythe was a child, he was just like the rest of us.

“Just like every household, I definitely had a mess of bricks that I would dump onto the floor and play with,” he said.

Flash forward a few decades. Forsythe is now 24 and has rediscovered his love for Lego.

“When I originally started collecting Lego, I was working a high-stress job, and I loved Lego because I could go home from work, open up a set and just sort of escape from reality,” he said.

A year later, he decided to start recording his builds and sharing them on YouTube under the alias Bricksie.

“It definitely takes a lot of effort. It wasn’t easy and it didn’t happen overnight for me,” Forsythe said.

He was working 50 hours a week as a retail manager, and then would come home and spend hours creating content for his YouTube channel.

“I talk about everything Lego essentially. I buy Lego, I build Lego, I review it. I do a lot of vlog style videos.”

In August 2020, Forsythe quit his day job and dove headfirst into the world of Lego, making money from online advertisements.

“It was definitely pretty scary. There was definitely a lot of uncertainty in it. You’re not guaranteed. You’re essentially self-employed. It’s like working a commission job,” he said.

Bricksie’s content is most popular among American men, between the ages of 25 and 45, Forsythe said.

He has fans from around the world, and once a week, he opens fan mail.

When he reached 100,000 YouTube subscribers, he received a massive Star Wars collection from a fan.

Forsythe said his wife ensures his Lego stays in the basement, which he renovated specifically to display his collection. It takes up nearly 800 square feet.

In the middle of the room is a massive table.

“We have my Lego city. This is where I have all of my city buildings. There’s also an amusement park,” he said.

“There’s a beach, an ocean, a campground and all that.”

Most of his pieces come from the Lego store. He said Edmonton has a massive group of LEGO fans.

Forsythe said because Lego has such a following, pieces can become quite valuable over time.

“When they issue a set, that set will have a certain shelf life, so it won’t be on the shelf for a very long time. Some will be on the shelves for two years, some for four. But once that set is out of production and retired, it actually has an aftermarket, trending value,” he explained.

Despite the obvious fun, he works eight to 10 hours every day creating video content and managing his social media accounts. But he wouldn’t trade it for anything.

“I’m definitely going to be a Lego fan for life and a YouTuber for life.”