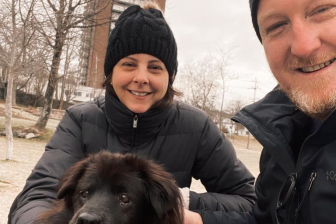 Find a job that will forget you’re on the payroll, and you’ll never work a day in your life.

Italian prosecutors say they’ve busted a man who raked in roughly 538,000 euros (US$647,000) over 15 years without ever showing up to his hospital job, in one of the most egregious cases of absentee abuse they’ve ever seen.

Police have dubbed Salvatore Scumace, 67, the “king of absentees” for his allegedly rampant abuse of public-sector funds in the city of Catanzaro, ANSA News reports. Authorities say the man used threats to ensure that he would not be docked for missing work at the local hospital, and that he later fell off his employer’s radar altogether while still collecting paycheques.

Read more:
Man hurls rabid bobcat across his lawn to save wife in dramatic video

Scumace’s job — at least on paper — was as a safety officer at the Pugliese Ciaccio hospital, Italy’s Unione Sarda newspaper reports.

The suspect faces charges of abuse of office, forgery and aggravated extortion in connection with the scheme, The Guardian reports. Six other managers at the hospital are also under investigation for their alleged involvement, officials said.

Authorities say the suspect’s absentee abuse started in 2005, when a “distinguished person” allegedly threatened the hospital director and warned her not to file a disciplinary report against Scumace. Police say the director complied and turned a blind eye to his absences, and that the suspect simply never showed up for work again — while still being paid.

The director eventually retired and her successor took over with no knowledge that there was a ghost on the payroll. Human resources also did not notice, police said.

It’s unclear when the scheme came to light, but the hospital launched disciplinary action against the man last year and also alerted the authorities. He was fired in October and later arrested as part of an investigation dubbed Operation Part Time.

Investigators say the arrest came after they conducted extensive witness interviews and reviewed attendance logs at the hospital.