Hybrid model being embraced as GTA workers return to the office

By admin
in
back to the office
Back To Work
COVID
COVID-19
Employment
GTA COVID-19
Health
Ontario
toronto covid-19
Mar 22, 2022

The commute to Toronto from Keswick, Ont., is a long one, but it’s one Susan Griffith no longer has to make five days a week.

Her job is in the insurance industry on the sales and service side. She, like many Ontarians, has had to adapt to a workplace structure that has been drastically reshaped by the pandemic.

“I’ve been pretty well working from home, but they did introduce last year, for a few of us for mental health, voluntarily returning,” she told Global News. “So I volunteered to come back for a couple of days.”

Video conferencing platforms have been crucial to allowing companies to communicate without actually being face-to-face or just a cubicle away. For Griffith, there have undoubtedly been benefits, but she says it’s also been challenging keeping her work life separate from her home life.

Workplace culture needs to readapt as employees return to the office

“I find, when you’re working from home, you can end up working a lot more hours,” she explained. “So I had to watch that because with my commute, I would stop that. Maybe send a few emails on the GO bus, but when I got home, I was home.”

For Griffith, it’s about more than being physically present at the office. She has worked in North York for many years, and a significant part of her motivation for returning was to support the local economy.

The stretch along Yonge Street, north of Sheppard Avenue, features many restaurants, cafes and small businesses. Pre-pandemic, there was abundant foot traffic.

On Monday, Mayor John Tory underscored the importance of employees returning to downtown buildings, adding their absence has had an impact on transit ridership, and in turn, the finances of the city.

Her advice to employers right now is not to be overly rigid in their decision-making. 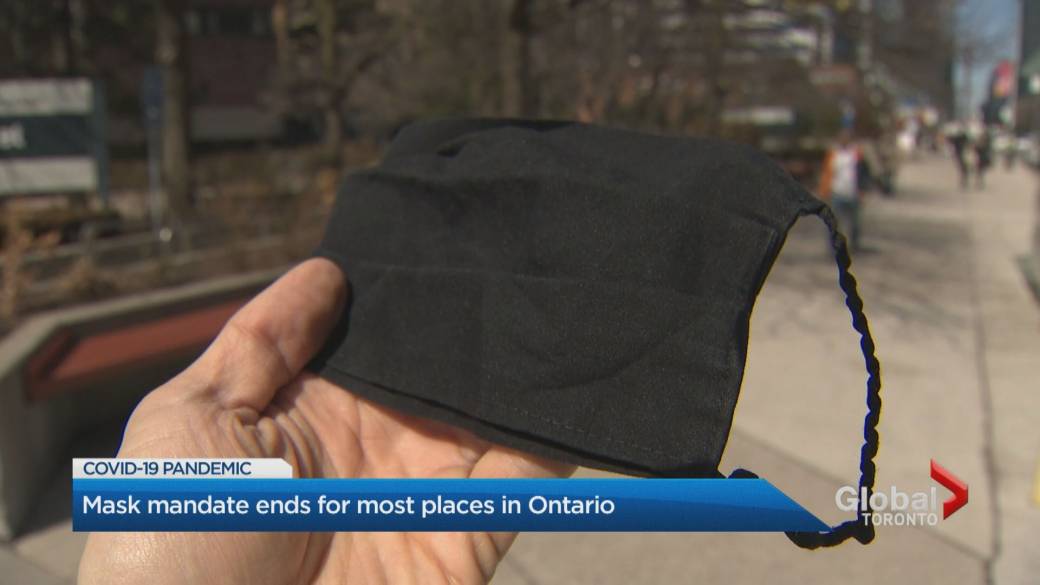 1:30
Mask mandate officially lifted at most places in Ontario

Mask mandate officially lifted at most places in Ontario

“If your return to work plan doesn’t include the necessary flexibility to accommodate employees and their particular circumstances, which may have evolved during the pandemic, then you might find yourself at risk of something like a human rights complaint or a complaint of constructive dismissal,” she explained.

“I think it’s just going to be a losing proposition, and I think that we’re moving forward to a new, more flexible future of work.”