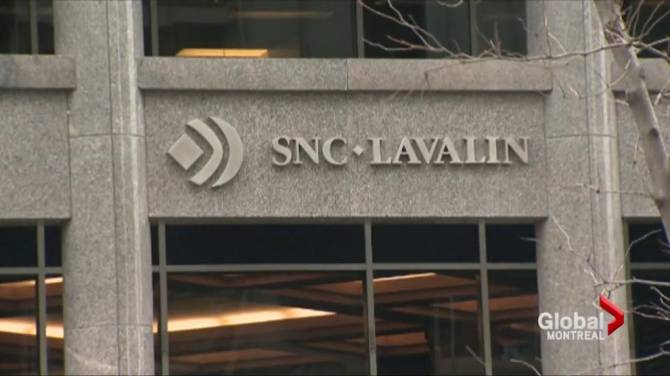 SNC-Lavalin Inc. is eliminating about 100 positions in Canada at the same time as the Quebec engineering firm is being described by political leaders as being vulnerable to a foreign takeover.

The Montreal-based firm says the workforce reduction is attributable to the completion of various projects across the country.

“We are hiring employees based on the needs of our current projects and adjusting when they come to an end. This strategy is crucial to remain competitive,” said spokesman Nicolas Ryan.

The eliminated positions represent a fraction of the 8,700 Canadian workforce.

SNC-Lavalin is preparing to open a new office next year in London, the former headquarters of WS Atkins, acquired in 2017 for $3.5 billion. Ryan said no positions from the Montreal head office would be transferred to the British capital.

Quebec Premier François Legault told a Montreal radio station Thursday that the government’s investment agency may have to get involved to protect the company from a foreign takeover.

“In the future, when it comes time to protect head offices, I would like the leader to be Investissement Quebec,” he said in an interview.

Montreal’s La Presse reported this week that the Caisse de dépôt et placement du Québec — which was already SNC-Lavalin’s largest shareholder — had increased its stake since the spring to about 20 per cent, valued at about $1.6 billion.

SNC-Lavalin’s share price has dropped about 10 per cent since October, when federal prosecutors refused to set aside criminal charges against the company by approving a deferred prosecution agreement.

The RCMP charged the company in 2015 with fraud and corruption for alleged actions in Libya. It has pleaded not guilty but could be excluded from federal tenders for up to 10 years if convicted.

Some analysts have suggested that the current situation could result in the sale of some company assets or make it vulnerable to a takeover offer.

“It puts the company in a difficult situation,” said Legault. “There is no controlling shareholder.”

He added that other investors could be approached to ensure that any outside offer is blocked.