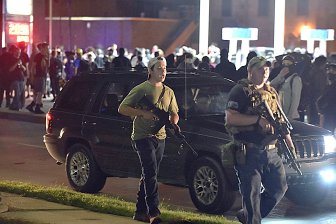 A Winnipeg-based recruiting agency says business is booming as of late and believes it signals an economy recovering from the coronavirus pandemic.

Kevin Gill, president of Staffmax Staffing & Recruiting, said he is placing more workers now than before the pandemic hit.

“We’re still in COVID, yet we’re getting more requests for employees than we’ve had, really, at any time,” Gill said.

Staffmax, which has offices in Ontario, Manitoba, Alberta and British Columbia, typically sees more people seeking work than job vacancies, but that is now starting to even out, according to Gill.

“There are certain sectors right now where it’s harder to find workers than it is to get orders for these roles,” Gill said, adding some of the most in-demand jobs are currently in accounting and finance, hospitality and retail.

There a number of reasons believed to be responsible for the spike in available jobs and those looking to fill them.

Gill said he has some clients who have been terminated after they were initially temporarily laid off amid the pandemic, as some business owners are realizing they are able to operate with less staff.

On the other hand, Gill said there are even more companies who are having trouble recovering their laid-off workers.

“(Companies) reached out to some of these workers and some wanted to come back, some did not, some after being laid off found jobs somewhere else, so employers now are really seeking good employees,” Gill said.

Gill believes the current demand for both work and workers points to an upswing in the local economy that he hopes will just grow stronger.

“Hopefully this is not a blip, but this is a trend that’s happening in the Winnipeg marketplace for employees and employers.”